O/Modernt embraces the world of contemporary music, collaborating with composers of all ages, from all over the world. In total O/Modernt has commissioned over forty works in the last nine years, ranging from short solo works for harpsichord to fully-ﬂedged cantatas and symphonic concertos.

To commemorate the double anniversary of the Romanian-born poet Paul Celan (1920–70), applicants are asked to write a work in response to his life and poetry. Celan, a lifelong expatriate who was fluent in six languages, once wrote: ‘the language in which I make my poems [German] has nothing to do with any spoken here or elsewhere.’ Yet, he was imbued with literary culture: his birthplace, Czernowitz, was reputed to have had more bookshops than bakeries. Responding to Celan, applicants are asked particularly to reflect on universal themes of hope and suffering.

In the tenth edition of the festival in June 2020 O/Modernt will celebrate Schubert, a master in the expression of tragedy commingled with luminous hope.

€1,500 in prize money Travel expenses to attend the world premiere 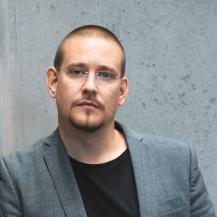 Tobias Broström was born in 1978 in Helsingborg, Sweden. Following four years of percussion studies at the Malmö Academy of Music, he embarked on the pursuit of a Master’s degree in composition, studying with the Swedish composer Rolf Martinsson and the Italian composer Luca Francesconi. 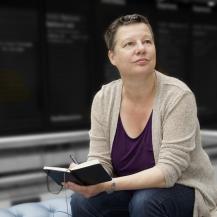 A composer and jazz pianist, Jill Jarman’s music reflects diverse genres, effortlessly merging the boundaries between classical and jazz. "...Art music with jazz waywardness…" [Swedish dagbladet]. A fascination with music from different cultures blur these boundaries further, and can be heard in works such as Echoes from the birdcage, an ensemble piece with percussionist Evelyn Glennie showing aspects from the multi-cultural sound world of London’s Kings Cross.

Her music sways between an almost timeless suspension and rhythmical energy, as in Soundwaves of light, an orchestral piece based on light emissions from the stars in the sky. Science and the natural world often inform her creative process allowing new compositional devices to occur, engaging the listener in an evolving and multi-layered sound-world. She created a new harmonic system, Polychords of limited transposition, which can be heard in many of her pieces. 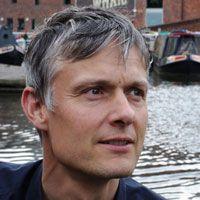 Artistic director of BCMG since 2016, percussionist, conductor, composer, and artistic director of Das Neue Ensemble Hannover, Stephan Meier studied percussion and piano in Hannover and The Hague, attended courses with Pierre Boulez, Mauricio Kagel and Luigi Nono, and in conducting with Diego Masson and Peter Eötvös under scholarships from the Centre Acanthes and Foyle Foundation / Cath Collins, Dartington. As soloist and with his ensembles Stephan Meier has performed on WDR, NDR, br, ORF, at ZKM Karlsruhe and Het Slagwerkfestival, and with the Concertgebouw Amsterdam, Kölner Philharmonie, musica viva München, Philharmonie Ljubljana and Nischni- Novgorod. As an expert in the popularisation and promotion of New Music, Meier has been invited to speak at conferences of the Deutscher Musikrat and by the President of Germany. 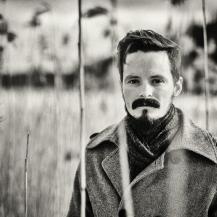 Since moving from North Dakota to Sweden in 2008, composer Matthew Peterson has made his mark as an independent and dynamic voice in music, praised for his “mastery of vocal writing and colorful orchestration” (Classical Voice America) and for crafting opera that is "darkly brilliant" (Texas Classical Review) “truly beautiful” (Anne Midgette, Washington Post), and “instantly compelling” (Heidi Waleson, WSJ). 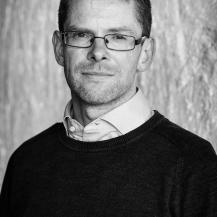 ALBERT SCHNELZER ”one of Sweden’s foremost composers” (Classical Music Magazine, UK), made his international breakthrough at the Présence Festival in Paris 2004. His music is often described as energetic and forwardgoing, lyrical and fragile, but also directly accessible and intensly personal.

Albert Schnelzer was born in Värmland, Sweden on June 3 1972. Between 1994 and 2000 he studied at the Malmö Academy of Music and he has also studied at master’s level at the Royal College of Music in London. In 1998, while still a student, Albert Schnelzer won the competition Composers of Tomorrow with the orchestral work ”Erupto”, which was premiered by the Helsingborg Symphony Orchestra. 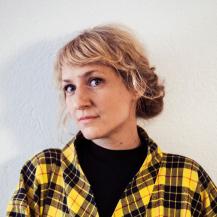 Andrea Tarrodi, born in 1981, is a Swedish composer based in Stockholm. Her works have been performed at several venues both in Sweden and abroad, among them the Royal Albert Hall at the BBC Proms in 2017, the Berliner Philharmonie, the Wiener Musikverein and the Barbican Centre in London. In 2018 Tarrodi´s CD ’String Quartets’ performed by the Dahlkvist Quartet was awarded with a Swedish Grammy for best classical album of the year. Tarrodi's music has also been represented several times at Östersjöfestivalen / the Baltic Sea Festival.

Tarrodi started playing the piano at the age of 8, and became interested in composition shortly thereafter. She studied composition at the Royal College of Music in Stockholm, Conservatorio di Musica di Perugia, Italy, and the College of Music in Piteå with, among other teachers, Jan Sandström, Pär Lindgren, Fabio Cifariello-Ciardi, Jesper Nordin and Marie Samuelsson. She completed her master´s degree in composition at the Royal College of Music in Stockholm in 2009.
In 2010 her piece Zephyros for orchestra received 1st prize in the Uppsala Composition Competition, which led to several performances of the piece by different orchestras around the world.
During 2011-2013 Tarrodi was Sveriges Radio (Radio Sweden) P2´s Composer in Residence. A residence that included, among other projects, commissions from the Swedish Radio Symphony Orchestra and the Swedish Radio Choir. In spring 2012 she was appointed "Composer of the Spring Season" in the Berwald Concert Hall. In the same year Tarrodi received the Swedish MPA:s Classical Music Award of the Year - chamber music for her piece Empíreo for strings, harp and percussion. During 2013-2014 Andrea Tarrodi was the Västerås Sinfonietta´s Composer in Residence. In 2015 she received the Carin Malmlöf-Forssling Award. 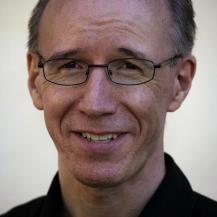 Associated for many years with Drottningholms Slottsteater, most recently as Artistic Director (2007-13), and was Professor of Musical Studies at the University College of Opera, Stockholm (2002-12). In 2013 Mark co-founded Performing Premodernity, a five-year research project based at the Department of Culture and Aesthetics at Stockholm University. Since 2002 he has worked in various part-time capacities at Lilla Akademien (the Junior Academy) in Stockholm, and isthe school's Artistic Advisor.

Recent projects include compiling and conducting Georgiana, a new eighteenth-century opera pasticcio, commissioned for the 40th anniversary of the Buxton Festival (UK), conducting and staging Purcell's Dido and Aeneas for the Stift Festival (Holland); and conducting at the Trigonale Festival (Austria). Forthcoming projects include leading Performing Premodernity's Rousseau Double Bill (Pygmalion and Le Devin du Village) at Confidencen.
His doctoral research stems from questions that arise from performing Italian opera and other vocal music from the late Enlightenment era today. 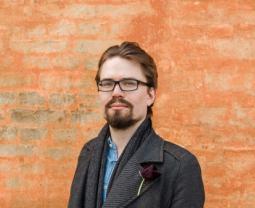 The inaugural O/Modernt Composition Award asked applicants to 'misread' of Beethoven's Symphony No. 3 ('Eroica') as the starting point for a Piano Quintet. Frej Wedlund was the first prize winner, with the following comment from the jury:

Frej Wedlund's Piano Quintet is a technically advanced, intensive and intellectually challenging work, which communicates a clear vision and creates its own sound world.

Frej Wedlund is educated at the Royal College of Music in Stockholm and is currently studying the master's program in composition at the Royal Danish Music Conservatory in Copenhagen. His music has been performed by world-leading ensembles such as the Arditti Quartet and ensemble research in the Nordic countries, Europe and the USA. He has previously won, among others, 4 × 4 Prizes 2016 and the North Carolina New Music Initiative 2018 for the orchestra's work Half-light on desolation. The string quartet Plasticity has recently achieved great success, and was selected for Nordic Music Days 2019, Young Nordic Music 2019, Mise-En Music Festival 2019, and was listed for the British Ivan Juritz Prize 2019. 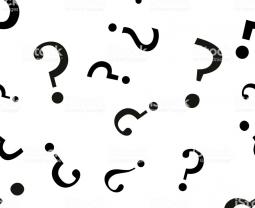