Everything in life is vibration

The space between us all

O/Modernt critically acclaimed recordings are being produced and released in partnership with the UK label Signum Classics, with whom we continue to work on our ongoing themed series with scheduled releases in 2021 and 2022.

The latest album From the Ground Up: The Chaconne recently won the Gramophone Concept Album Award 2020.

O/Modernt vision is to use creative programming to stimulate an active and innovative listening that enables the listener to become more aware that he or she is the prism through which musical sounds are brought to life. We hope to create conditions in which you, the listener, can engage in a very active kind of listening.

In today’s over-polluted aural landscape we are constantly surrounded by noise representing itself as music: it fills our shopping malls, elevators, restaurants and even our homes. It is a desensitizing fog that eventually numbs our ability to engage dynamically with the music we actually choose to listen to. Relearning the art of active listening and aurally embracing the reality of music with heightened awareness reconnects us with the flow of sounds, allowing them to be a vehicle of sustained presentness.

O/Modernt and Hugo Ticciati's 'From the Ground Up' is a masterly, century-hopping exploration of the ground bass or chaconne done with terrific flair and imagination. — James Jolly, Editor-in-Chief, Gramophone

Borders evaporate and improvisation builds bridges between works, creating a sensation of hovering free in the air: like birds. — Svenska Dagbladet 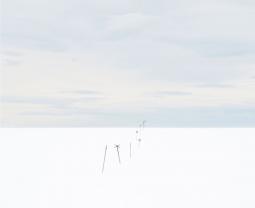 From the Ground Up: The Chaconne

Originating as a sexy South American dance, the chaconne crossed the Atlantic to sixteenth-century Spain, where it acquired a reputation as a dangerous pleasure. Constructed on repeating ground basses, the form’s sinuous flexibility articulated two facets of the modernist urge to self-expression: the boisterous delights of turning the world upside down and the sweet sadness of melancholy introspection.

From the Ground Up: The Chaconne explores the history of the chaconne in Spain and Italy, and its acceptance into high musical culture. In England, it became a chief inspiration for Purcell, while in Germany it triggered the sublime achievement of Bach’s ‘Ciaccona’ from the Partita in D minor for Solo Violin. Also springing from this fertile soil are works by contemporary composers Johannes Marmén and Dušan Bogdanović, and a set of three improvisations – ‘Ground’, ‘Breath’, ‘Being’, featuring the elemental art of overtone singing.. These include the elemental art of overtone singing, performed by Gareth Lubbe, who studied with the Tuvan people of Siberia. Returning to the chaconne’s Renaissance roots, readings from Shakespeare by actor Sam West inspire extempore reflections by beat poet Baba Israel, Purcell’s ground basses furnishing the harmonic groove. 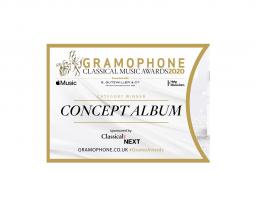 The album has been released on Signum Classics on 7 June 2019 and has been chosen as the Gramophone Concept Album Award winner 2020!

The Award celebrates imaginative A&R, ear-catching programming and, above all, faultless execution, all of which is found in this album in which Ticciati has surrounded himself with instrumentalists ‘so at one with the chaconne repertoire’
— Gramophone 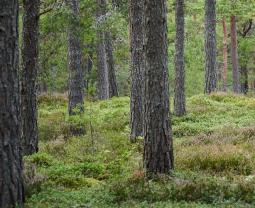 In an aim to reduce environmental impact, the album has been produced as sustainably as possible. For every disc sold O/Modernt donates to charitable tree initiatives in India, one of the most important forested areas in the world to protect. Forests sustain nature’s diversity, benefit our climate, and support human well-being.

Additionally, spellbinding photographs by artist Serinyà and wildlife photographer Jose Pesquero are included in the booklet. The liner notes trace key motifs from Cervantes and Shakespeare through the album’s diverse tracks, whilst Hugo Ticciati’s introduction considers the importance of breathing as the ground of our being. The booklet also includes British Museum curator Irving Finkel’s reflections on the trumpets of Tutankhamun, heard in the twentieth century after an interval of three and a half thousand years. 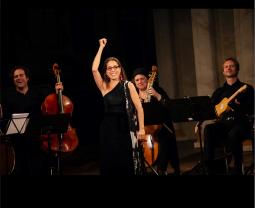 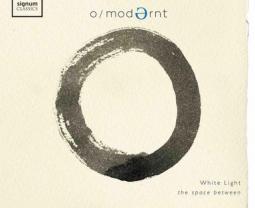 White Light: The Space Between

White Light is the debut album for the O/Modernt Chamber Orchestra, led by Hugo Ticciati. At the heart of the album lies a dialectic between inner contemplation and ecstatic joy, a journey within and without. The sonic worlds of Arvo Pärt, John Tavener, Peteris Vasks, The Beatles and India are woven together to invite a sense of reflection, a sense of surprise, a moving in and out, and finally a return to inner peace and silence.

I could compare my music to white light which contains all colours. Only a prism can divide the colours and make them appear; this prism could be the spirit of the listener.
— Arvo Pärt 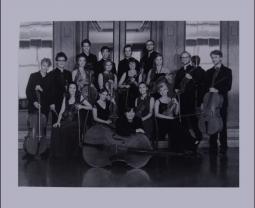 04. Improvisation, Soumik Datta & Sukhvinder Singh Pinky
05. John Tavener ‘Mother of God, Here I Stand,’ from The Veil of the Temple 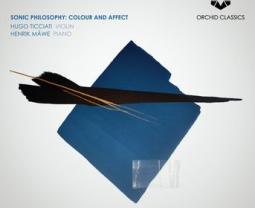 This disc is a rare pleasure. Music to feed both brain and soul.
—The Arts Desk 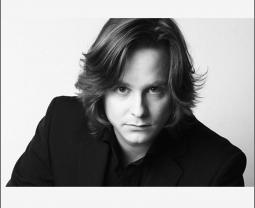 This disc [Sonic Philosophy] is a rare pleasure. Music to feed both brain and soul. —The Arts Desk

The album evokes a fascinating world where silence and the spaces between are just as important as the sound. It is both bold and astonishingly natural.

★★★★★
Here [White Light] it is the combination of material that matters, and I found the programme both seductive and thought-provoking.

★★★★☆
...the character came from the strings of O/Modernt... Every phrase had purpose and colour.

Ticciati’s extraordinarily vivid playing holds it all together expertly.

★★★★★
Hugo Ticciati and his group O/Modernt surely represent something very positive about the potential future of classical musical performance. 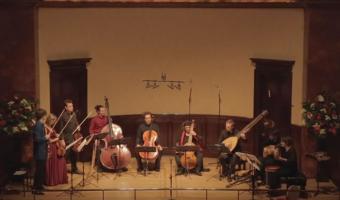 'From the Ground Up: The Chaconne' 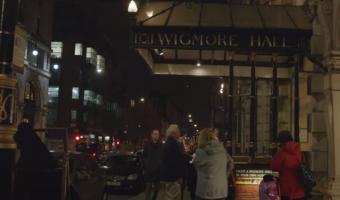 Celebration of Purcell - From the Ground Up at Wigmore Hall 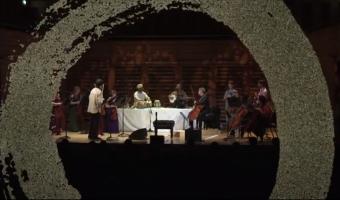 'White Light: The Space Between' - Beatles: Within You Without You 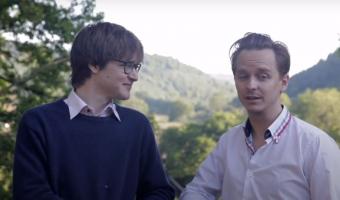