And what words travel there beyond?

Over the past decade, in addition to the annual festival booklet, O/Modernt has produced a series of high-quality publications, distinguished by their exceptional subject matter, distinctive designs and superlative production values.

Content, design and materials come together with a consonance that critic Alex J. Todd has characterised as ‘truth to materials’. Tactile in the use of paper and print, eclectic in the selection and treatment of topics, O/Modernt’s bookshelf is a choice harvest of intellectual and aesthetic delights.

‘Revise the past, invent the future.’ It is a quote that seems to define perfectly this imaginative, stimulating and tactile book. — Pulp: A Journal of People and Papers 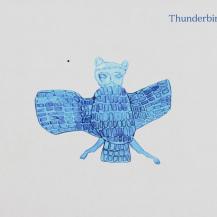 Thunderbird brings to life a temple hymn from ancient Mesopotamia that celebrates the power and splendour of the divine House of Ningirsu, built by the Sumerian ruler Gudea. Dating back 4,000 years, the hymn describes the earliest recorded dream in history – a divine commission sent to Gudea as an omen, along with the construction rituals for the temple of the god Ningirsu, who tamed the impetuous energy of the destructive, yet life-giving storm bird. The artworks shown in Thunderbird animate the metaphors of power and ideograms of the cosmos that are vital features of the hymn’s mythical framework. 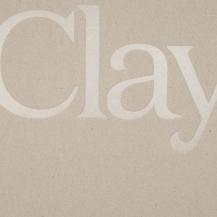 Clay: Themes and Variations from Ancient Mesopotamia reworks sixty ancient texts in a multiplicity of styles, reflecting the marvellous variety of the source materials and their inextinguishable relevance in the modern world. The first part of Clay includes tales that have become familiar from other sources: two creation narratives, the Mesopotamian flood story and Gilgamesh. The second part explores themes of sexual love, marriage, birth, death and atonement. Delightful, thoroughly entertaining and suffused with human feeling, this spectacularly designed book, which is written in a mix of verse and prose, includes 129 original images by artist Debbie Loftus, as well as an Afterword, a Who’s Who of characters, a map of ancient Mesopotamia and illustrations of two key cuneiform tablets from the British Museum. Reaching back across five millennia, Clay creatively invites the reader to revisit ideas and customs from ancient Mesopotamia and to consider their ongoing importance for the way we live now. 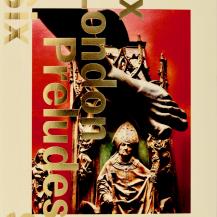 Featured in the Berlin exhibition of award winners, Radialsystem, Berlin, 8–10 May 2019. Six London Preludes combines 317 photos and six narratives, reflecting contemporary London in words and pictures that tell the same stories in a mix of genres, tones of voice, viewpoints and frames of reference. The design complements the content, including a range of Fedrigoni papers and page sizes, and using assertive typography to achieve a provocative urban feel and edgy glamour. The result is a graphic novel that’s also an artist’s sketchbook of candid photos, a luxury brochure and an unorthodox city guide. Combining the contemporary and the classical, the content and design of Six London Preludes reflects the ‘Un/Modern’ ethos of Festival O/Modernt. The eclectic contents are designed in a contradictory fusion of styles, with short inserts at the beginning and end of each chapter adding tactile variety. Section-sewn and Otabound, the book’s debossed gold foil cover titles enhance the discordant luxury feel. Exploiting digital technology, the exclusive first edition of 175 is numbered and each copy has a unique cover image. 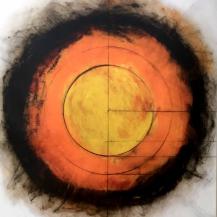 Galileo 24: Draw two concentric circles, one twice the size of the other, and fill the inner circle with an infinite number of radii. Now extend each radius to the circumference of the outer circle, and gaps appear between the extensions. But, if the radii filling the smaller circle are infinite in number, how can more be needed to fill the outer one? Infinity means infinity … doesn’t it? Outlined by Galileo in Dialogues concerning Two New Sciences (1638), this is the starting point for Galileo 24 by Debbie Loftus, a stunning set of images based on the problem known as Galileo’s Paradox or Aristotle’s Wheel. Galileo 24 includes Paul Williamson’s introduction, ‘Infinities’, and a preface by Professor Ian Stewart, author of Infinity: A Very Short Introduction (Oxford, 2017).

The Art of Borrowing Edited by Paul Williamson 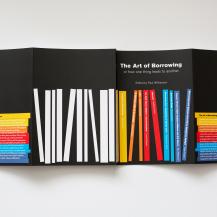 The Art of Borrowing
Edited by Paul Williamson

Nothing comes from nothing. For most of its long history western art has been governed by that precept. Visual artists, writers and composers have gladly taken inspiration from their predecessors. The interest paid on artistic borrowings is new art – pre-existing forms refashioned to suit the ethos of a new age. In the seventeenth century a noisy debate erupted about the relative excellence of classical models compared to the newfangled discoveries of the wilful moderns. Then came the Romantics, worshipping at the shrine of original genius. In the twentieth century things turned full circle, with artists borrowing from the classics but also creatively reimagining the products of popular culture. Containing chapters devoted to the history of art, poetry, painting, photography, philosophy, theology and music, The Art of Borrowing takes a multifarious look at how, when the imagination reigns supreme, one thing leads to another. 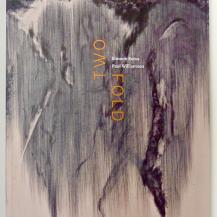 ‘Twofold in humanity, single in vitality: such is man.’ — Hermann Boerhaave

Twofold is an anthology of new works in verse and prose, by Simone Kotva and Paul Williamson, inspired by the themes of binaries and doubling that provided the impetus for Festival O/Modernt 2015: Scarlatti and the Twofold. This elegant volume includes eight drawings from George Levantis’s 2008 series of drawings, Leda and the Swan, along with specially commissioned images by Debbie Loftus, Etruscan and Miwoks (both 2015). Twofold also contains a new setting by composer Malcolm Bothwell of ‘Take, o take those lips away’ from Shakespeare’s Measure for Measure. 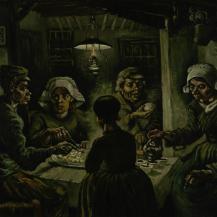 —‘There’s a similar reluctance about taking me into the house as there would be about having a large, shaggy dog in the house.’ Vincent to Theo, December 1783

—‘I’ve become so absorbed in peasant life by continually seeing it at all hours of the day that I really hardly ever think of anything else.’ Vincent to Theo, April 1885

The New Potato Eaters: Van Gogh in Nuenen 1883–1885. In December 1883 Vincent van Gogh went to live with his parents in the Dutch town of Nuenen, where his father was the pastor at the Dutch Reformed church. Having spent three and a half years struggling to forge a career as an artist, Van Gogh arrived home hungry, impoverished and emotionally spent. His immense efforts had yielded nothing of substance, and the retreat to Nuenen was intended to repair his health and improve his finances, while calmly pursuing his art. When he left in November 1885, he had amassed a body of work, including his first masterpiece, The Potato Eaters, but his time in Nuenen had been fraught with incident. The New Potato Eaters traces Van Gogh’s artistic development in Nuenen, and sets his work in a broad historical context. Two pieces in verse and a set of new portraits of present-day Nuenen residents reflect creatively on Van Gogh’s achievement. Innovative, original and beautifully designed, The New Potato Eaters takes a fresh and distinctive look at Van Gogh in Nuenen. 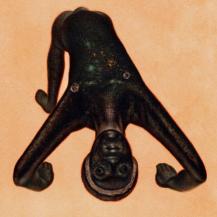 —‘And near the top an ad-lib schoolgirl choir / Was singing ABBA songs full-throatedly.’

A recipe for verse: mix together a phrase from Henry James with a little bronze statue from Etruria, a mention of Keats, and some exasperation. Now add a clever woman, a sprinkle of hard words, a children’s bear, and a few notes from an air by Bach. When all of that is thoroughly combined, place the resulting compound in a receptacle made of Roman streets, the Spanish Steps and the Borghese Gardens. Leave to rest in a warm place for an unspecified amount of time (you’ll know when it’s ready). Serve viva voce, with improvised accompaniment if desired. An Etruscan Acrobat uses 345 lines of blank verse to tell the beguiling tale of an artist’s evening walk through the streets of Rome. Produced in a limited edition of 50 copies, this beautiful book is hand-stitched by designer Simone Kotva and includes a specially commissioned frontispiece by artist Martin Huxter. 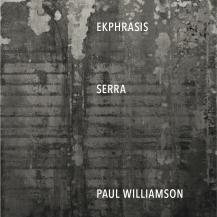 ‘Collected diggings stretch out in drops, tense / With tied-in bounce.’

In ancient times the word ‘ekphrasis’ meant the oratory of vivid description, a style of speaking that addresses itself to the listener’s imagination. Over many centuries the term acquired a narrower focus: ‘the poetic description of a pictorial or sculptural work of art’, runs one influential modern definition. Famous instances of such depictions in poetry are Homer’s description of the Shield of Achilles in Book 18 of the Iliad, John Keats’s Ode on a Grecian Urn and W. H. Auden’s Musée des Beaux Arts. Pursuing classical threads through four major works by Richard Serra that were shown at Gagosian Gallery in London in 2008, Paul Williamson’s Ekphrasis sets itself the ambitious task of using blank verse to create a vividly poetic and thought-provoking addition to a literary tradition that is at least three thousand years old. 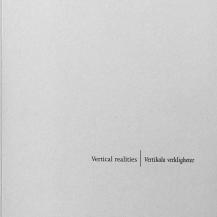 Vertical Realities is a bilingual collection of prose, poetry and visual art, commissioned by Festival O/MODERNT for its 2013 festival, Rameau and the Vertical. The seven poems contained in the anthology were performed by Björn Granath, Kjerstin Dellert, Hugo Ticciati and others on 16 June 2013 at Confidencen, Ulriksdal Palace Theatre in Stockholm.