on the jurney into the unknown

I am excited to share with you my thoughts.

To exist is to change, to change is to mature, to mature is to go on creating oneself endlessly. —Henri Bergson

about me
Sounds The music and me 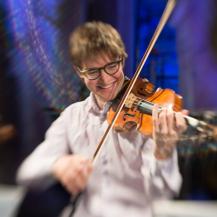 Sounds
The music and me

[A bit of story of your journey with your violin and with music in general.
Maybe a pic with a young you with the violin?]

Copied and pasted from the Sydney interview:

My life as a musician starts when I was six or seven and I heard a recording of Menuhin playing Beethoven’s Violin Concerto.

I felt one could see through the sound and hear the soul of the player. I mean, that sounds very grand but it had such a direct reflection of the person playing it. So that for me, felt this direct contact, so the instrument in a way disappears and you're in touch with some spirits”.
I was learning piano at the time but asked my mother if he could switch to the violin.

Music is always a reflection of the internal, psychological, emotional, physical,” he says. “It's such a cathartic process of listening to music, which is born out of pain. That by listening, experiencing, playing, sharing … it's a catharsis of one's own pain, and offers a sense of healing and wellbeing.

I never felt pressured to perform and I never consciously determined I would be a professional violinist. But I am always open to taking leaps of faith. 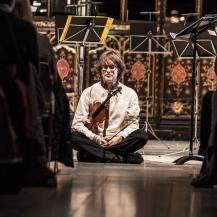 [Your journey with meditation.]

Copied and pasted from the Sydney interview:

Basically, I became a hermit. I hardly left the house and just played, meditated, read and slept and ate a bit. But what I did over the first, for four years, I didn't play any pieces. It was just open strings, studies, scales just to really, basically relearn from scratch.

So literally the first month, all I did was pick up the violin and play open strings. So I could just become aware of the body again, because the problem, when one's passionate and has lots to say through one's instrument or feels one does, then one gets tense if one can't say it, one's trying to express and is stressed.

It was just an element of just freeing the mind, getting into the body, letting go of thoughts and embarking on a path of hopefully more self-awareness, more awakening, more whatever one wants to call it these days, but a transformational journey, evolutionary journey as a person, as a violinist, as a being. 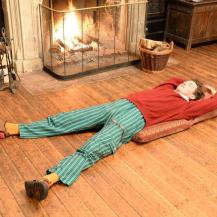 [Any other aspects you like to say about you and your life. For a graphic reason it would be better to have 3 circles.] 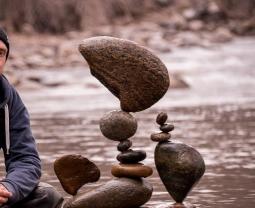 The Choreography of Creative Learning

For many years I have found inspiration in the writings of Henri Bergson (my Zen philosopher of the West!) not least in his wonderful Introduction to Metaphysics, an essay published in 1903, where he speaks in detail about the meaning of ‘intuition’. At the outset, Bergson differentiates between two different ways of knowing. On the one hand, there is relative knowledge, which depends on external factors: the point of view from which we examine the thing we are interested in and the symbols we use to articulate and describe the understandings we reach. On the other, there is absolute knowledge, which depends not on external perspectives and symbolic language, but on a sense of oneness – and merging – with the object we are investigating. 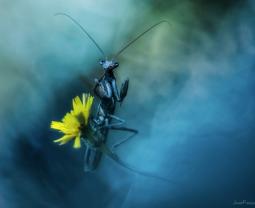 While I was browsing the O/Modernt archive of images I came across the Surfing Mantis by former festival photographer Jose Pesquero Gomez.

In ancient Greece the mantis had the power to restore lost travellers to their homeward paths, while in ancient Egypt this amazing insect was a minor deity, charged with leading the souls of the dead to the underworld. Today the mantis has a double-edged significance: on the one hand it is a symbol for stillness and intuitive patience; on the other, it is a menacing, alien-like creature with famed sexual habits. The exotic combination of welcome guide, self-aware observer and gorgeously fearsome alien may be just what we need to help us to navigate our way back to the cultural activities that have for the most part lain dormant these past months. Perhaps it can teach us how not to get lost in the social noise that will inevitably begin its crescendo, but instead to remain constant to the still, small voice within us that has been heard with greater clarity in recent times.

Be still. Question every thought. Contemplate the source of Reality. —Adyashanti